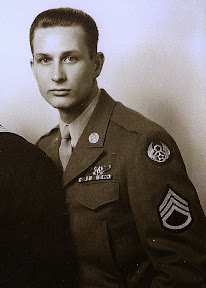 After all these years, I can still vividly remember the first 8th Army Air Corps chowhound mission like it happened yesterday. On May 1, 1945, the orderly awakened Robert Snell’s crew at 5:00 A.M. and told them to report to briefing at 6:30. Upon reporting, we were given interesting but different information from past missions. The Allies and Germany had agreed to a truce that would allow us to drop food to the Dutch. We would drop food from 400 foot altitude, flying in formation at 130 mph and flaps down. We were to man our guns but not to fire unless fired upon. After briefing, we went to the hardstand to preflight the plane and found it filled with packages of food among them was one large metal container containing chocolate. We looked it over and commenced to sample it but as we started to taste it we stopped, and decided the Dutch needed it worse than we did. To this day, I have wondered if it was sweet or semisweet chocolate.

As we approached the drop area near Rotterdam, we could view the Dutch citizens waving out the windows, on rooftops and in mass on the ground. German personal were obvious with their rifles and standing at their 88 MM artillery guns. As the food packages fell from the planes to the ground, people ran to retrieve the food packages. Also, the Germans helped themselves to the food.

On May 7, 1945, I participated in my second chowhound mission to a drop area outside of Amsterdam. I can still remember seeing the messages on the ground-“Thanks Yanks” and “Thank you Boys” The second mission was less frightening because we felt the Germans would hold to the truce where as on May 1 we were unsure.

"After graduating from Hoquiam High School in 1943, he was inducted into the Army on Aug. 24, 1943. After seven days of tests, I was asked if I wanted to volunteer for flight training.” Training – from Pilot to Gunner He transferred to an Army Air Corps flight school at Bozeman, Mont., for five months of pilot training and, Gary recalled, “We had a rigorous schedule. We were up every morning at 5:30. If the temperature was at least one degree above zero, we had an hour of drilling.”

After spending many quarter hours in class, they learned to fly at Belgrade Airport near Bozeman. But shortly before Gary’s class completed their training in spring 1944, “The base commander called in the senior cadets – he was crying – and said the Army didn’t need any more pilots. He gave us the option for gunners’ school, so that’s how I became a tail gunner.”

Gunners’ school was outside Yuma, Ariz., where “we lived in a tent and, oh, was it hot.” “At the end of the seven-week course, we were called into the theater building. It was so cool and comfortable that I fell asleep,” Gary said.

The top 10 gunners were then awarded their silver wings – and he was second in a class of 100. When his name was called, an airman sitting next to Gary told him “to get up there and get my award. I was so embarrassed [for falling asleep] that I forgot to salute the captain.”

His gunnery class also competed against seven other Army Air Corps classes – shooting 50-caliber guns air to ground, ground to ground, and air to air, and also skeet – and won the national championship. Gary next was assigned to a combat flight crew stationed at Lincoln, Neb., then went to El Paso, Texas, for seven weeks of overseas flight training, and returned to Lincoln to wait for a combat assignment.

On to Europe
At the beginning of 1945 – as the Allies were pushing back the final German counter-offensive known as the “Battle of the Bulge” and the Wermacht was bracing for its final desperate defense of their homeland – Gary sailed for Scotland from Massachusetts. His flight crew sailed aboard the Isle de France – a sister ship of the Queen Mary luxury liner, which had been commandeered as a troop ship by the British after the Nazis occupied France – with 10,000 infantry and 2,000 airmen “The ship was so fast that we didn’t go in a convoy [with destroyer escorts] across the North Atlantic,” Gary noted. “That was a scary time.”

Twice when German U-Boat “wolfpacks” were known to be in the general vicinity, “the ship came to a dead stop [so it couldn’t be heard], then took off again to elude the subs. We didn’t know if German subs would get a shot in on 12,000 troops or not.” After landing at Glasgow in the middle of a severe winter, they went to Debach Air Base in Scotland, participated in more overseas training, and waited for their turn at combat. Gary was now a staff sergeant assigned to the 493rd Bomb Group, 861st Airborne Squadron, in the Eighth Air Force. Ted GaryAs they continued to wait, Gary and other enlisted crewmen “went to town to celebrate my birthday” on the evening of Feb. 13, and “we got back late.”A short time later, “We got a call about midnight for the pre-flight briefing for our first mission,” he said. Their target was railroad marshaling yards at Chemnitz in East Germany.

First Combat Mission
His B-17 carried 2,700 gallons of gas and 8,000 pounds of 250-pound bombs, and the load was so heavy the plane “groaned on takeoff,” he continued. “The radio operator had painted greetings to Hitler all over the bombs.” As a tail gunner, Gary was positioned on his knees “with my rump on a bicycle seat.” As he looked back over Germany on their approach to the target, “I saw puffs of smoke and then realized it was flak [anti-aircraft shells exploding in the air.] “They were tracking us and called the pilot and told him what I saw, and on our bombing run he moved the squadron. They would have gotten us for sure if we had not moved with that flack on one side.” The final bomb got stuck in the bomb bay, but the radiator was able to get it loose.

Gary’s first mission got more interesting when, about an hour into their return, “the pilot asked the navigator to plot a course to Sweden because we were running out of fuel. But about ten minutes later he said to forget it, that he had forgotten to transfer fuel from the auxiliary tanks.”

He didn’t fire the tail gun on that first flight – or on many flights – because “the Germans were relying more on flack.” The enemy didn’t want to put their dwindling number of fighters in the air against 500 to 600 American P-51 Mustangs that escorted the B-17s on these bombing runs.

“My choice was their fighters,” Gary observed. “You could fight back against the fighters, but you had no defense against anti-aircraft fire.”

German Jets and Kamikazes
Shortly before the war in Europe ended, the Germans put a new fighter into the air, the Messerschmitt Me 262 – the world’s first jet fly in combat. The first time he saw a 262, “at first I thought it was a V-2 rocket. It came almost straight up. But it was a 262. Luckily they couldn’t stay in the air long.”

Gary ended the war with no known kills of German fighters but, “I only fired my gun two times, believe it or not.” It was also hard to get credit for a confirmed kill on a combat mission since gunners in several planes might claim they shot down the same enemy fighter. “You had to have pretty good proof to get a claim.” In fact, his closest encounter as a tail gunner with a German fighter pilot – almost face to face – came at an angle so sharp that he couldn’t aim his gun at it.

In the final days of the war, the German Luftwaffe put into the air its own “kamikaze” pilots to take out allied bombers. And during one mission, an Me 109 “came out of the sun” toward the tail of Gary’s plane. “It was so close to me and below me so that I couldn’t get the gun on him. I looked at him and he looked at me, then he took off. But I still couldn’t aim my gun.

“The Germans were ramming our B-17s that day and this kid was supposed to ram us,” he continued. “I assume he chickened out. That was the luck of the draw.” Another “luck of the draw” that Gary vividly recalls began on March 1, 1945, when his squadron flew on a mission from Debach for a bombing raid over Ulm, Germany, but landed at a nearby base at Little Walden when they returned. In the meantime, “the ground crew had moved all our personal belongings and even had our beds made for us,” he said. “that night the sky lit up like the Fourth of July. The Germans and the RAF [Royal Air Force] had a dogfight for almost 20 minutes. We were in bunkers watching it. “The next morning we learned that the Germans had bombed and strafed the base we had left the morning before.”"
Source: http://b-townblog.com/2012/05/12/world-war-ii-b-17-coming-to-boeing-field-for-public-tours-and-flights/