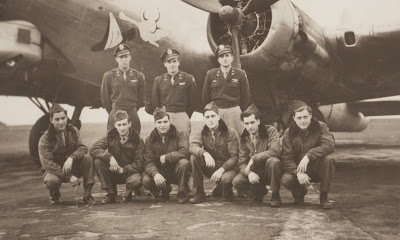 Miller was the pilot on a B-17 that was part of the 493rd Bomb Group. He and his crew took part in two Chowhound missions. The first one was on the second of May, when he flew to Haarlem. The day after that he flew to airfield Schiphol.

Miller kept a diary during the war. About the food drop mission on Haarlem, which he flew on the second of May in a group of forty bombers from his Bomb Group, he wrote the following: 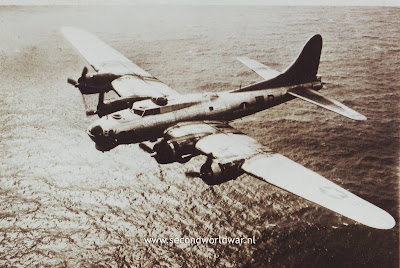 Mercy missions to starving Dutch people are now being flown by the 8th A.F.  Flew my first today, and it was a thrill. We came over in formation at 400 feet. To see the people waving at us and to see "Thanks Boys" and "Many Thanks" spelled out with flowers gives you a warm glow. Just sitting there and looking at them brought tears to my eyes, and I'm not ashamed of it, either! To think that today we did good instead of blowing towns and people to hell makes me realize that there is still some good left in this world.

The Dutch needed the food badly-We have official people telling us that for the last year no new-born babies have lived because of malnutrition. Pretty horrible. The reason is that the Allies have Holland blocked off so that the cannot import food to people.
Time= 3 hrs. 40 min.